BEHIND THE SCENES AT THE 2017 KENNARDS HIRE RALLY AUSTRALIA

Earlier in November, some of the R6 Web Design team headed down to Coffs Harbour for the 2017 Kennards Hire Rally Australia. While the rally only spanned across a single weekend, our team has been working behind the scenes since the beginning of the year. Check out this interview with Harry, R6 Web Design’s Paid Marketing Manager, for a behind the scenes look at the role our team played at the 2017 Kennards Hire Rally Australia.

When did you start working on this year’s rally?

Work began on day one of 2017. In order to drive our social media engagement and build our following, I needed to be creating and posting social media content constantly.

What was the role of R6 Web Design?

As a team, our role was to create and post social media content across the Facebook, Twitter, and Instagram accounts. We wanted to make Kennards Hire Rally Australia the most followed out of all the World Rally Championship accounts on all platforms. We were also responsible for driving online ticket sales, and creating as much awareness of the rally as we could to increase the amount of spectators at the event.

During the event, our team was responsible for gathering and creating as much high-quality informative and entertaining content as possible. We kept fans and spectators updated on social media, and our captivating content made Kennards Hire Rally Australia stand out as the rally with the best social media out of any round on the World Rally Championship calendar.

How much work went into preparing for the rally?

There was a lot of work going on behind the scenes for the entire year to ensure the 2017 rally was the best it could be. A lot of work went into preparing for the rally. In the weeks leading up to the event, it was essential our team posted informative content that gave the fans a good idea of what to expect. I also spent a lot of time monitoring the ticketing campaigns, making sure we were targeting the right people and reaching our sales goals.

What was your role during the event?

During the event, I was primarily responsible for showing as much of the rally as possible to our social media fans through Facebook Live. This included the driver regroups, behind the scenes tours, and press conferences. You can still watch these videos on the Rally Australia Facebook page. I also worked closely with one of our Graphic Designers to create a lot of content and live updates for all the social media accounts.

What was the highlight of 2017 Kennards Hire Rally Australia for you?

It would have to be seeing the World Rally Championship cars in person after watching the entire season from behind a screen. Words really don’t do them justice. Looking back on the week as well, we gave it our all and achieved everything we were hoping to.

We’re all proud of the work some of our R6 Web Design team did on the 2017 Kennards Hire Rally Australia. If you’d like to see the results of the event, click here. Until next year!

Centreforce Technology Group is the parent company of R6 Web Design, where this article was originally published. 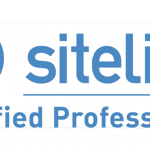 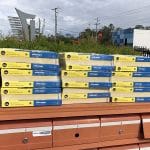 Are you still wasting money on advertising that doesn’t work?